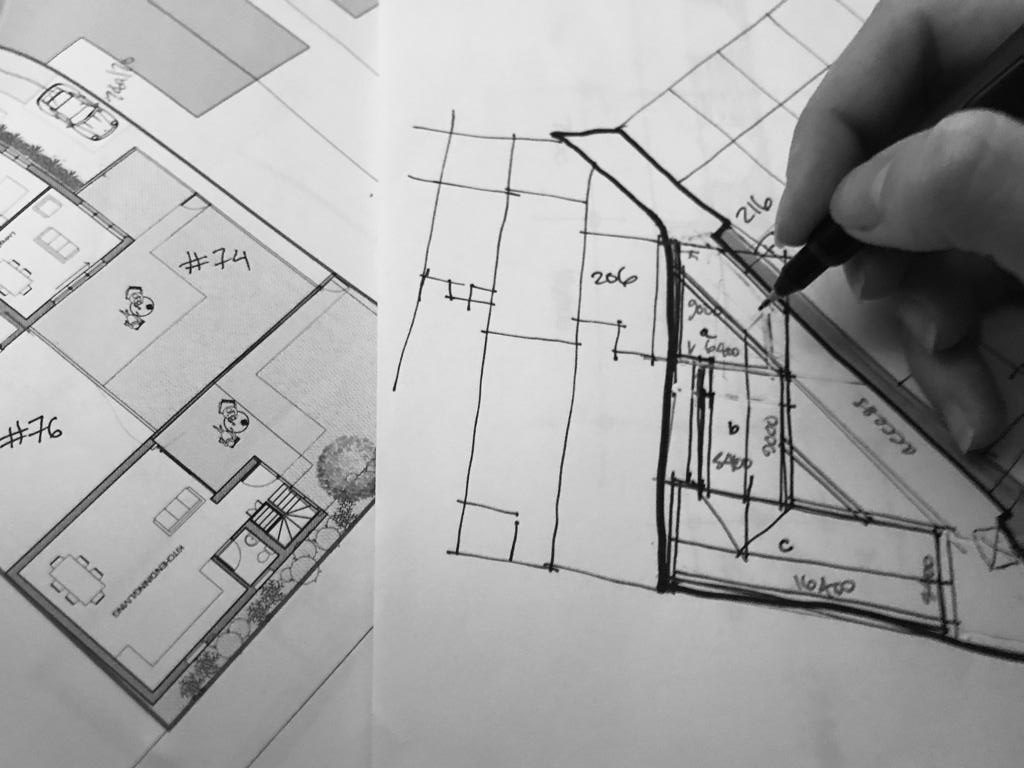 It is sometimes necessary to amend development proposals after planning permission has been granted. There are two types of amendment applications you might need to submit: non-material and minor material. In my experience, you might not know which one to submit, which is why I’ve decided to write this blog.

So, what’s the difference?

Section 96A of the Town and Country Planning Act 1990, amended by the Planning Act 2008, permits applications for ‘non-material amendment’ to planning permissions. This avoids the need for a new planning application to be submitted, instead you can amend the existing permission whilst remaining subject to the original conditions and time limits.

An application can then be made, and a small fee is payable.

The Town and Country Planning Act suggests that in deciding whether a change is material or not, a local planning authority must have regard to the effect of the change, together with any previous changes made, on the planning permission originally granted.

Where a change is ‘non-material’, it is unlikely that public consultation will be necessary, although anyone who may be affected must be informed, and may then make representations to the local authority. The application should be determined within 28 days unless a different time frame has been agreed.

There is no statutory definition of what ‘minor material amendment’ means, instead, as previously mentioned, local authorities are responsible for deciding, given the local context in each case.

Such changes might be dealt with by an application to vary a planning condition imposed on the existing permission.

Material changes, for which a fresh application might be required could include:

An application for a ‘minor material amendment’ can be made under Section 73 of the Town and Country Planning Act 1990, allowing conditions associated with the existing permission to be varied or removed. This can be used to vary a condition that lists the drawings associated with the existing planning permission. If there is no such condition, one may be added using an application under section 96A of the Town and Country Planning Act 1990 and then a Section 73 application to vary that condition.

Applications can be made using a ‘variation/removal of condition‘ form accompanied by drawings describing the nature of the amendment and an application fee.

The local authorities can use their discretion to decide who should be consulted about the application and the approach that should be taken to notification.

In summary, where the amendments are not significant, they may be described as ‘non-material’.

NB: None of these apply to listed building consents or conservation area consents for which a completely new application must be made.